It’s been little while since our article. There have been many exciting things happening in the 911 industry and here in Charlotte County over the past couple of months.

The month of April was National 911 Public Education Month. Throughout the month, the Charlotte County E911 office concentrated on public education efforts in the community. These efforts consisted of: 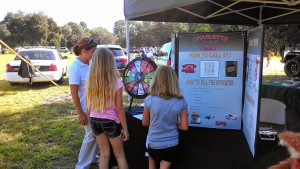 While much time was dedicated to 911 public education during the National 911 Public Education Campaign, the E911 Office schedules 911 educational events throughout the year. It is important for children to recognize the importance and proper use of 911. If you would like to schedule an event, contact the Charlotte County E911 Office at 941-575-5339.

April 13-19, 2014 was National Public Safety Telecommunications Week. During this week, the men and women who serve in public safety communications centers, were recognized for the hard work they do every day. The job as a public safety telecommunicator is often a thankless job that goes unnoticed. The communications centers are manned 365 days a year, 24 hours a day. Some days in a 911 center can be hectic and the telecommunicators must deal with some unpleasant situations. They often don’t see daylight throughout an entire 12 hour shift and work when no one else would. This type of job is not for the weak of heart as it takes a strong person to do this job. During telecommunicators week, members of the public safety communication centers at the Charlotte County Sheriff’s Office and Punta Gorda Police Department were recognized and shown gratitude by the members of their organizations for their outstanding service to the community. 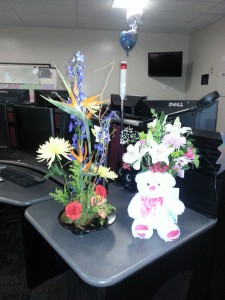 April 28, 2014 HB 175 passed the Florida Senate. This bill provides a mechanism for collecting a monthly fee for prepaid cellular services. The bill was introduced to make up for lost revenue as subscribers moved from traditional telephone services and contract cellular services to non-traditional pre-paid services that did not collect a fee.There will be an upcoming article posted that provides additional information of this bill.

May 14, 2014 was the target date for the four major cellular carriers (Verizon, Sprint, AT&T and T-Mobile) to provide text to 911 services for 911 call centers that were prepared to receive texts. 911 centers across the State of Florida are preparing their infrastructure and policies to begin implementing text to 911 services. Collier County Sheriff’s Office recently became the first county in the state to implement this service. This technology is currently in the infancy stages and while Collier County Sheriff’s Office can receive texting to 911, currently this capability exists only for Verizon customers. You will be able to read about the plans for texting in Charlotte County in an upcoming post so check back for additional articles related to text to 911 services for Charlotte County.

This entry was posted in Uncategorized. Bookmark the permalink.